Is Google in panic mode?

I have owned an iPhone since they launched in 2007 and an iPad from day one. I love Apple products, however I found it frustrating that Microsoft’s attitude towards the device was one of a competitor rather than just another platform to deliver software and services to. I had the desire to edit documents on my iOS device and had a look around for a version of Office, as we all know none existed, however Quick Office appeared to deliver quite a good experience on both the iPhone and the iPad, it had slick integration with Dropbox and Google docs as well as the ability to send files to and from my Mac/PC over Wifi. 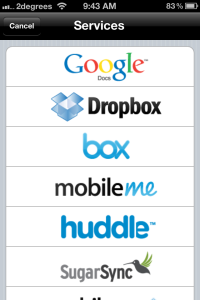 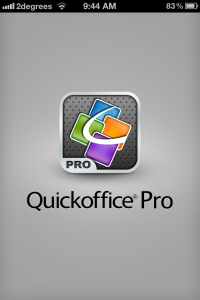 I have used the version of Office that is baked into Windows Phone 7 as well and it IS better, however Quick Office already addressed a large chunk of the mobile / tablet market with some recorded 400 Million users! That is a Massive number and something that Microsoft needs to be aware of when it tries to use the functionality upsell story of their own product. 400 Million users have decided Quick Office fills the gap that the lack of Microsoft Office for iOS left.

The recent news that Google purchased Quick Office came as no surprise to me. A rich “office” experience on the iOS has been lacking an really Quick Office is the only company in the last 2 years to come close to what Microsoft has already established in the desktop world. I do get the feeling that Google are changing their direction with this purchase, remember Google are the company that until recently were pushing a “browser centric” operating system (Chrome OS). The browser (until now) has formed one of Googles more convincing sales pitches, that is all of your information exists purely in the browser/cloud, there is no need for a client application. I disagreed with this approach, applications accessing cloud services is the best experience in my opinion and it would seem that Google have started to recognize this as well with the purchase of Quick Office.

Expect things to get interesting when Microsoft launch their version of Office for iOS later this year (rumored to be November 10th 2012). Microsoft are the current kings of collaboration, offering a richer integration that what Quick Office offered, however the “good enough” approach may see some users stick with Quick Office and wait for the improvements that arise out of the Google partnership.

This entry was posted on June 7, 2012, 3:25 pm and is filed under Cloud, Google. You can follow any responses to this entry through RSS 2.0. Responses are currently closed, but you can trackback from your own site.